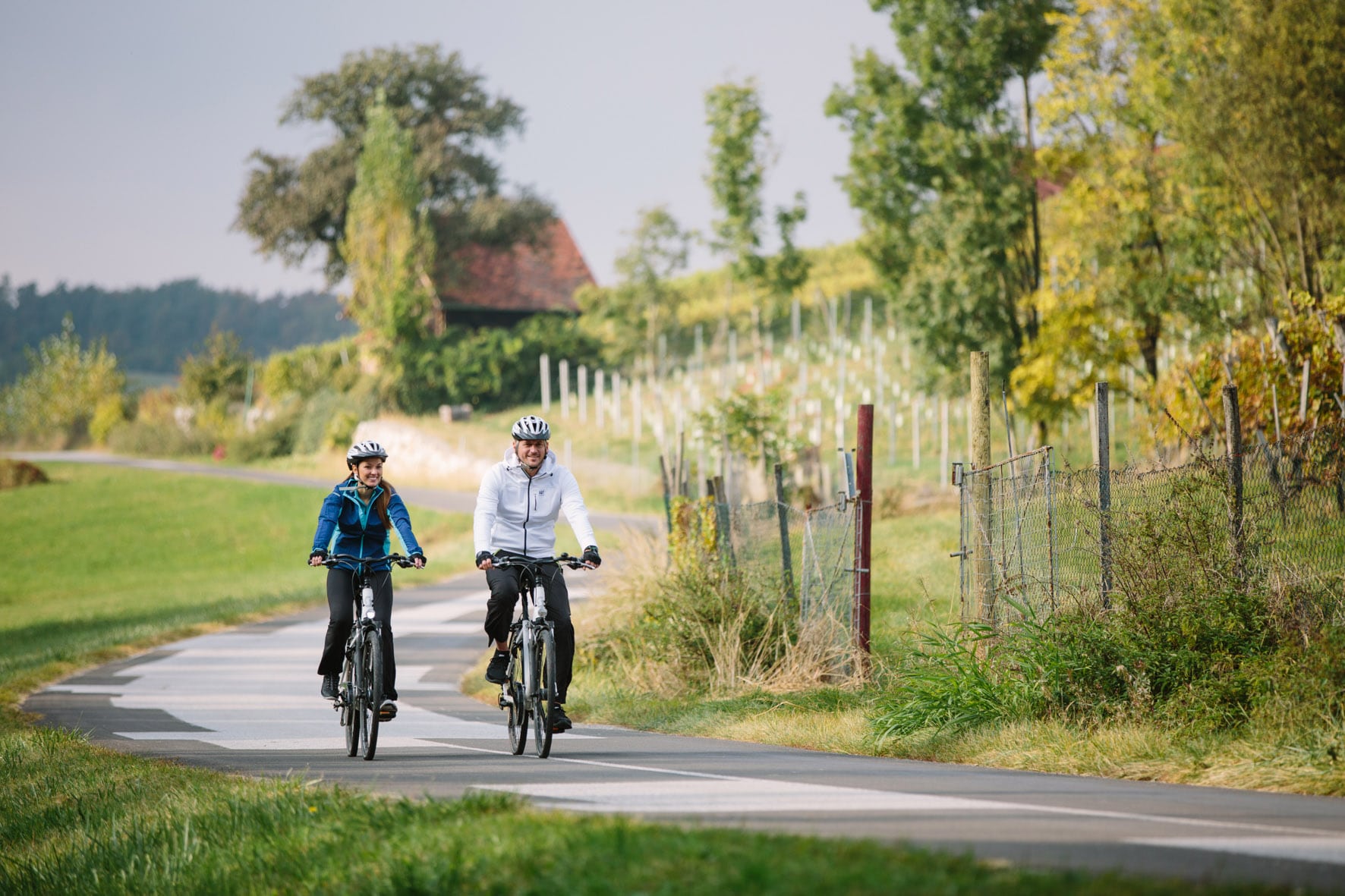 The Garten-Hotel is your bicycle hotel in Eastern Styria


Get on your bike and out into nature

The sun-drenched Eastern Styria is a popular destination for cyclists due to the multifaceted landscape. The extensive cycle network offers varied tours by bike and bike with all levels of difficulty – ideal for beginners and advanced riders. You cycle through white blooming apple orchards, past the vineyards and pumpkin fields, through romantic cities that invite you to rest and stroll.

Experience nature in Styria to the full on your bike: the country with its flat valleys, gentle hills, lush green alpine meadows and panoramic roads in the mountains will amaze you!

Combine sport with a holiday in a neat room with lovely furnishings and wellness in the enchanting vital kingdom of STEIERNESS: The family-run, environmentally certified hotel in a central location with a charming Mediterranean atmosphere is the ideal starting point for sightseeing tours within easy reach. 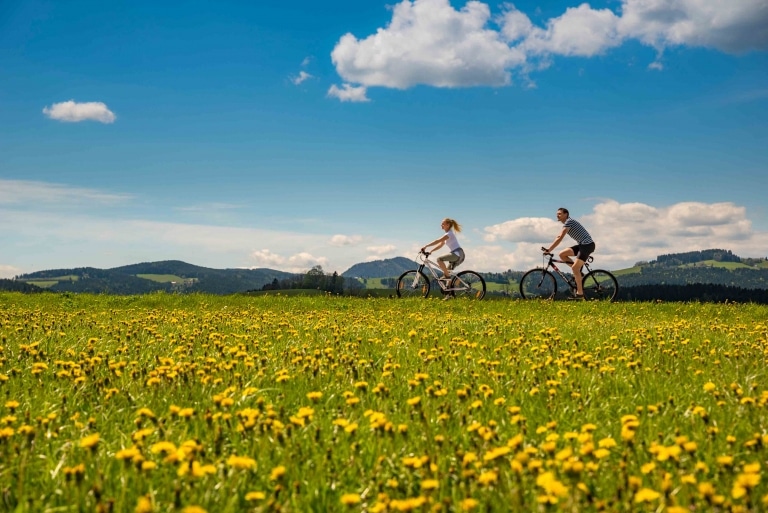 Eastern Styria is a real insider tip and attracts with numerous hotspots in the “Garden of Austria”: you can explore over 200 excursion destinations free of charge with the GenussCard, including tastings and sightseeing opportunities. The enchanting wellness area on over 1000m² with a spacious bathing and sauna area, the garden with a natural swimming pond and thatched relaxation pavilion, the high level of living comfort in a noble country house style and high-quality, excellent cuisine with regional delicacies ensure a lot of enjoyment and well-being. 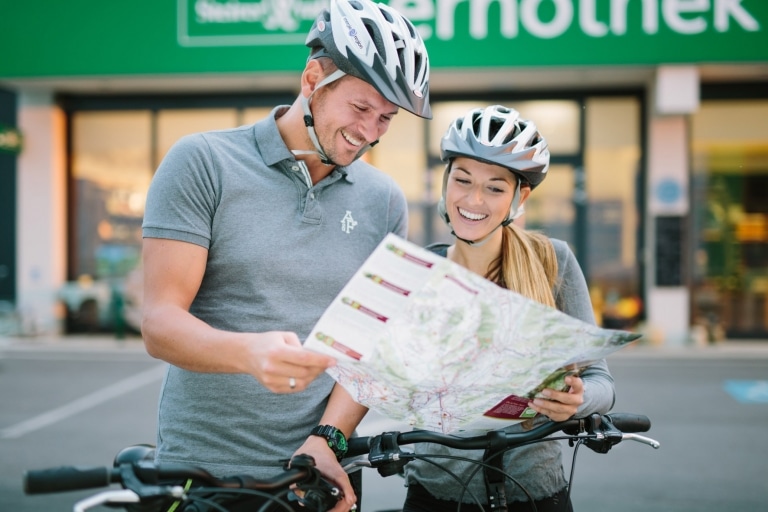 Your bike hotel in Styria

In and around St. Ruprecht you are guaranteed to find the ideal route with the right profile for your eventful bike tour. Discover the culture on your tour through Graz, taste the fruity wine in southern Styria, breathe fresh forest air and enjoy the excellent cuisine in the hotel after a long day out in the region.

The garden hotel is a Bett + Bike SPORT certified company and therefore an ideal bike hotel with the best conditions for your next cycling holiday! We have had the “Bett + Bike SPORT” certificate since 2018. It is therefore a bike-friendly hotel that meets the requirements of the ADFC in the categories of safety, care, service and technology.

We have set up a “base camp” for your active holiday:

Ochensberger's base camp for active vacationers 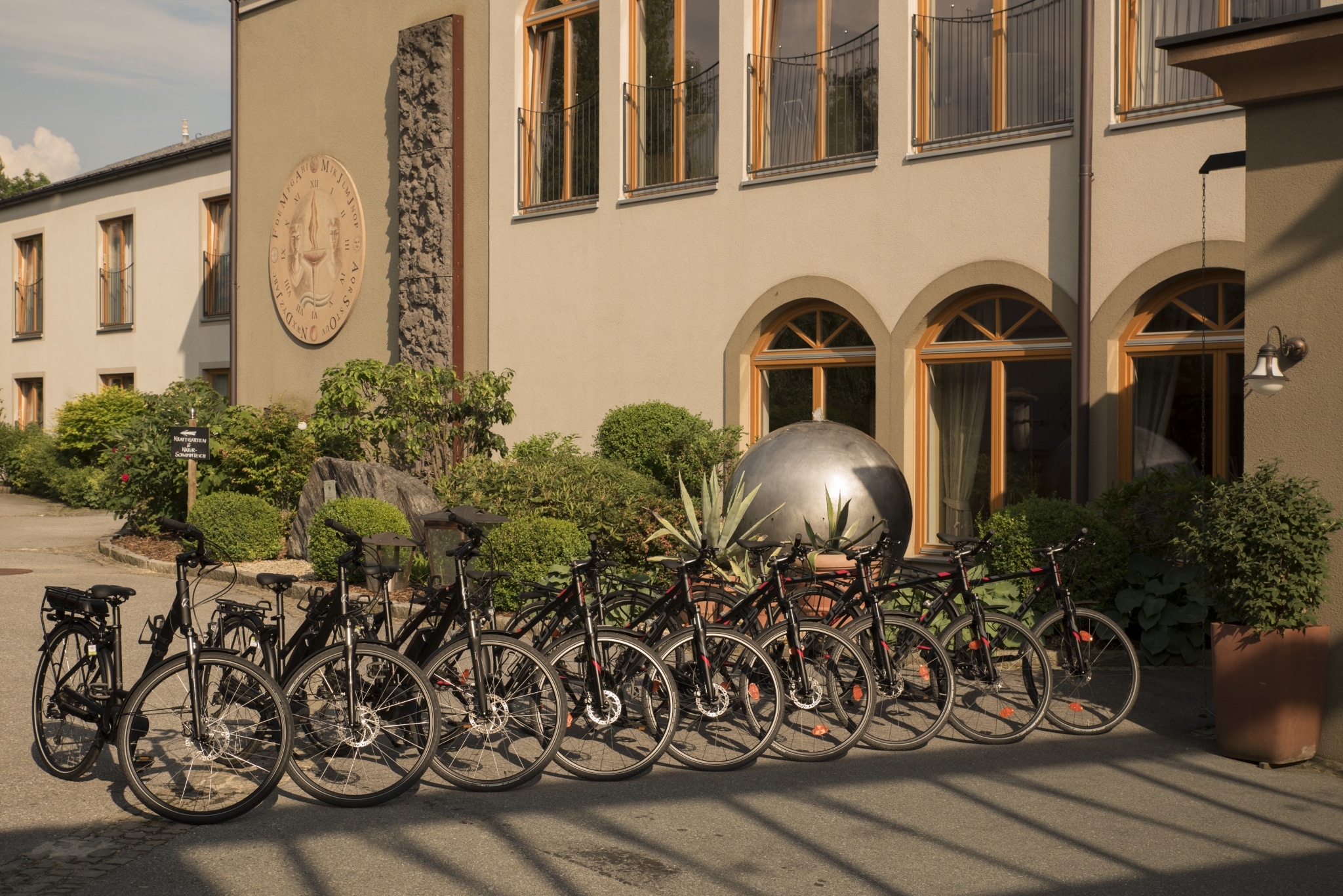 High quality driving experience
with the e-bikes from HAIBIKE!

From 2021 you can rent the currently highest quality bicycles with electric assistance for your pleasure tours through Eastern Styria! Together with our specialist dealer from the region, we provide you with state-of-the-art e-bikes!

Happiness is like riding a bike on a sunny day.
Because every bike tour in Eastern Styria
is like a little vacation.

The most beautiful tours

... right on the doorstep

The hotel is the starting point for the most beautiful bike tours in Styria and is located directly on the Raab Valley Cycle Path R11: you cycle 100 kilometers from Almenland across eastern Styria on flat cycle paths to southern Burgenland and Hungary.

Tour information
Almost 112 kilometers of family fun between the origin of the Raab in Almenland to Szentgotthard in Hungary. The family bike path leads us through small romantic towns like Weiz and Gleisdorf, past apple and vineyards, pumpkin and corn fields to the Thermenland.

In addition, the “Ochensberger” stage is the new, 400km long Weinland Steiermark Tour: on 8 stages you will experience the richness of culture, the multifaceted landscape between historic cities, contemporary architecture and breathtaking castles and palaces.

Tour information
The approximately 400-kilometer tour leads through the Styrian regions in several stages. On leisurely to sporty stages you will not only see a varied landscape, but also embark on a true cultural journey between apple and vineyards, wine taverns and culinary delicacies! With the extensive rapid transit network, the cycling holiday can easily be split over several days!

The adjoining 6 family-friendly “Beetle Bean Tours” are a must, with which you can explore the gentle, hilly landscape of Eastern Styria on numerous panoramic trails, past extensive meadows. 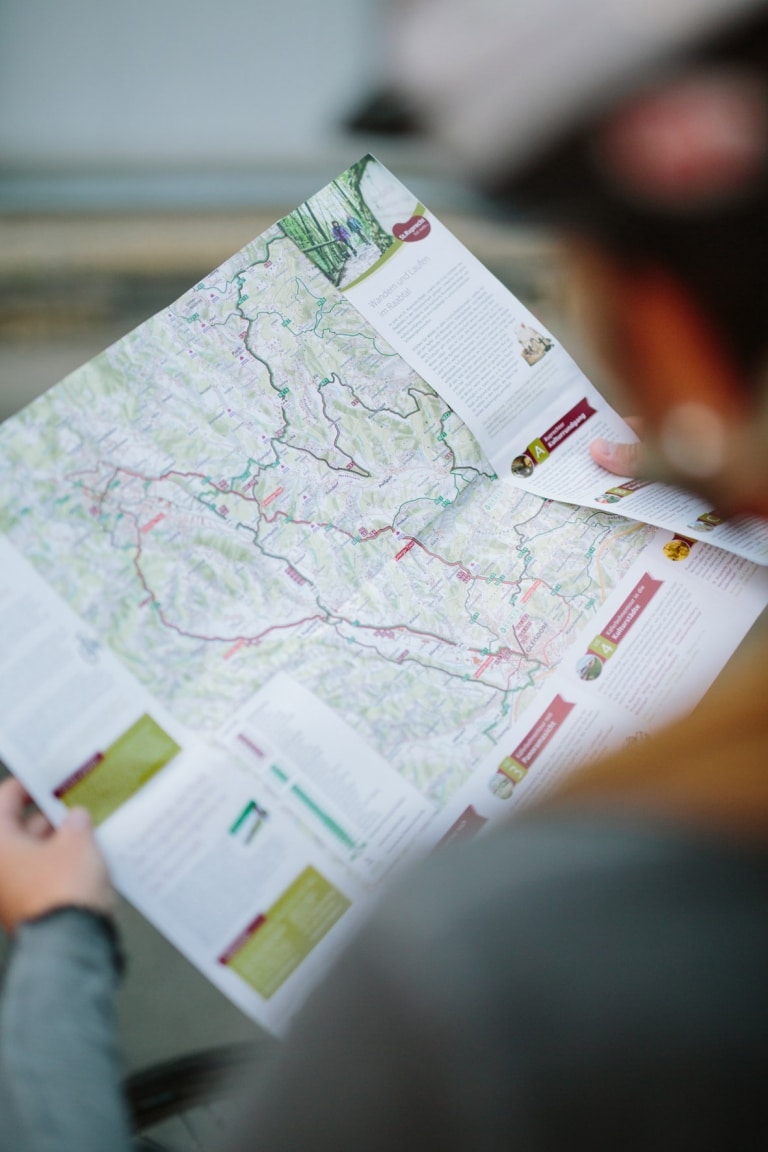 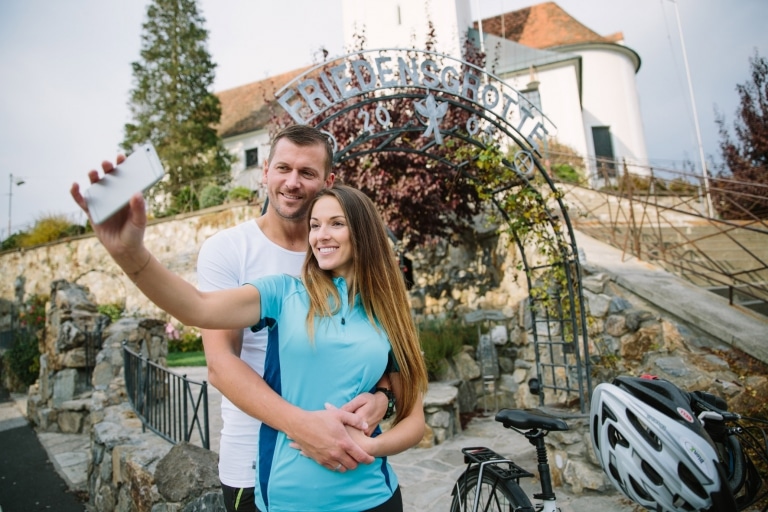 With the smart apps for all Android & Apple smartphones, you can plan your bike or hiking tours at home or collect important information: easy planning of bike routes, suggestions for sights and restaurants on the way, precise voice prompts, offline navigation and routing profiles. Explore the most beautiful bike routes and hiking tours with the practical apps – completely FREE! 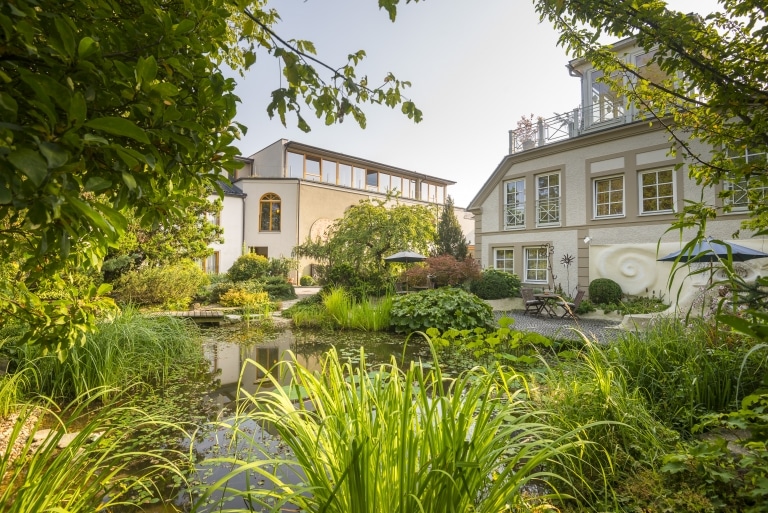 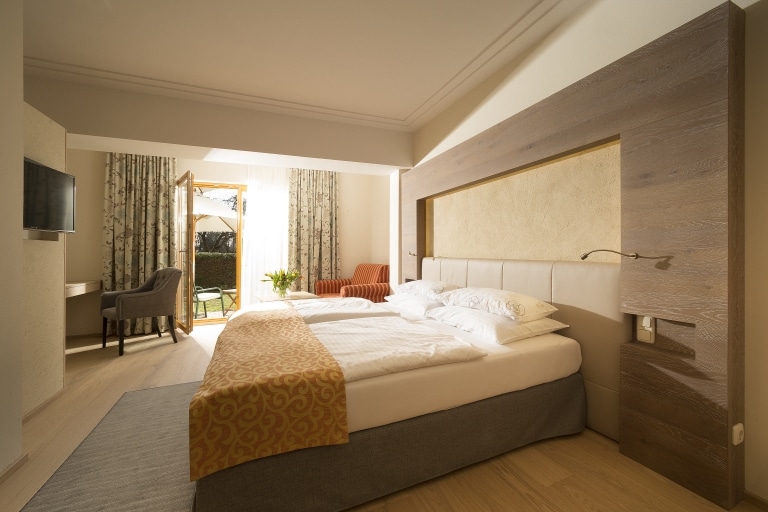 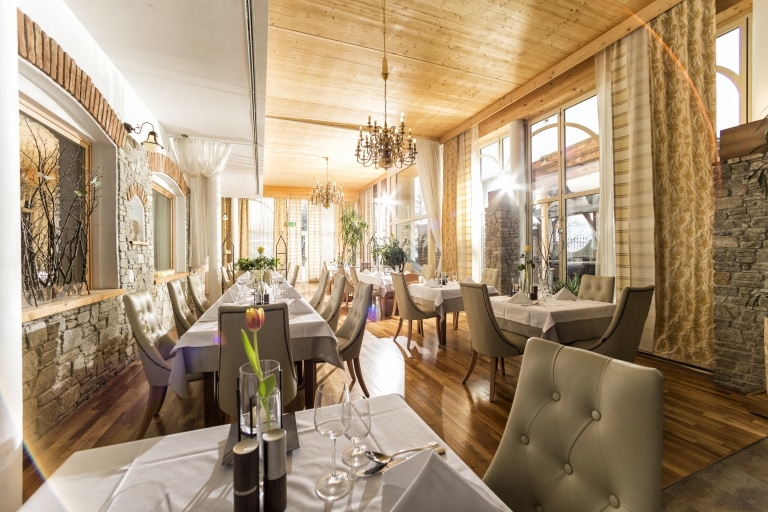 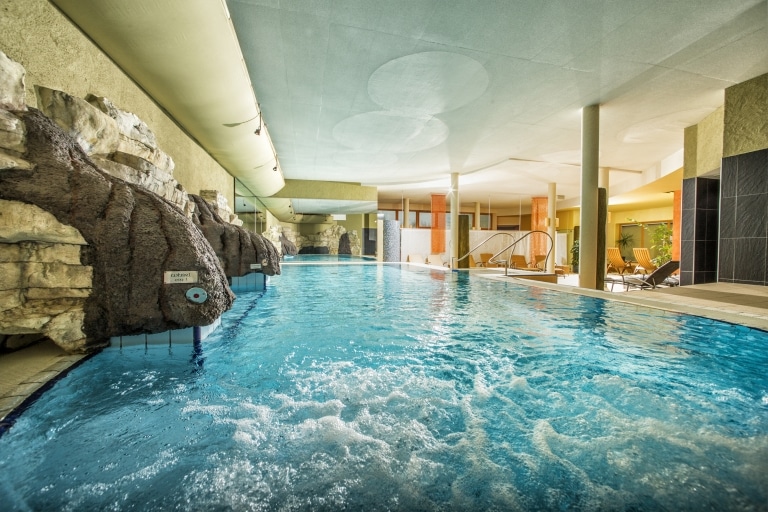 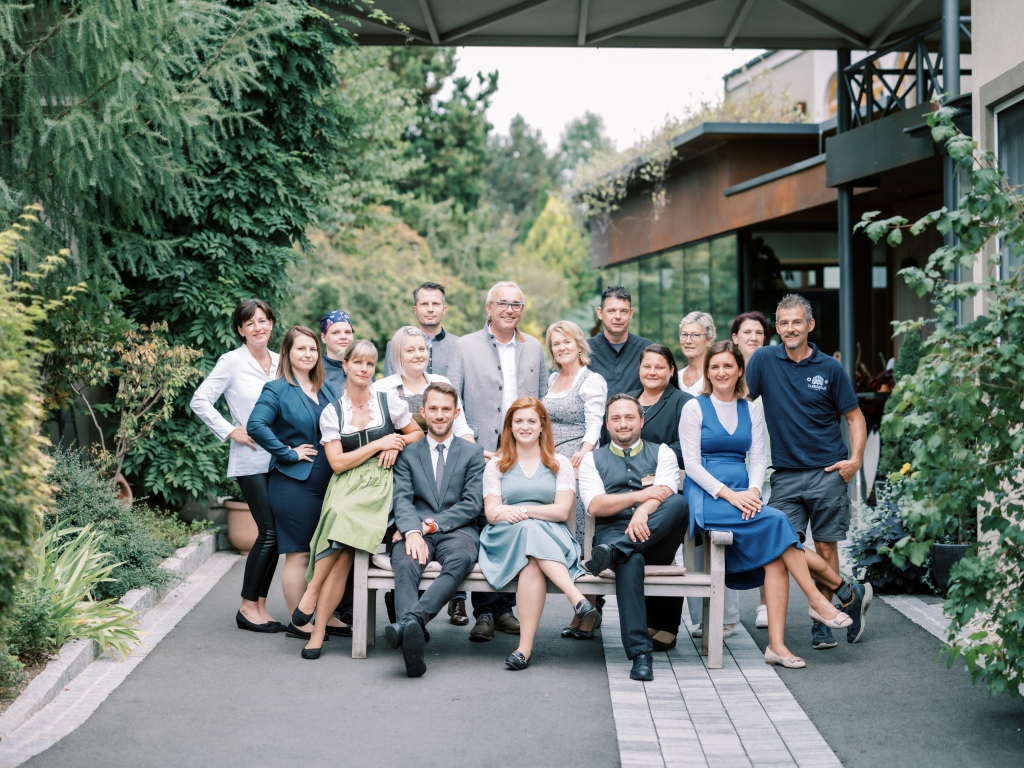 The current measures and guidelines for safe hospitality can be found here!
> Please come vaccinated or recovered with valid proof without exception.
> In closed rooms, all guests and employees have to wear a FFP2 mask.
Thank you for taking all measures to preserve your and our health together with us!

See you soon in the Garten-Hotel.